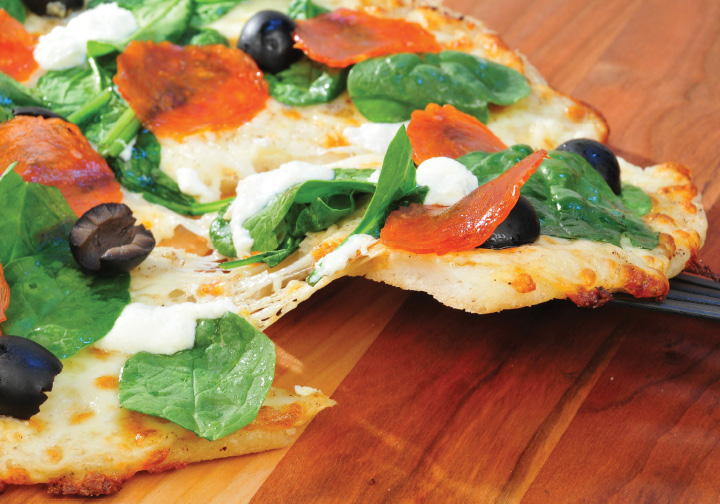 Many restaurants today are offering varieties of gluten free pizza crust. And for every restaurant, there’s a different pizza dough recipe proclaiming to be gluten-free. We’re not denying that these businesses are in fact, offering dough that doesn’t contain any gluten. But there’s a problem with them. They’re all very much the same in that they’re dry, flavorless, and often represent something that tastes more like dried beans than they do actually dough. At DeIorios Foods Inc., we have the solution.

Our gluten free dough actually tastes like any other thin crust dough that you’d find just about anywhere. We’ll even put it up against New York thin crust pizza and be confident that customers would like it just as well as the pizza they’ve grown up on. It’s not dry, it doesn’t break apart while it’s cooking in the oven, and most importantly it tastes like pizza crust! No one should be limited to tasting only things that don’t resemble pizza any more than cardboard does, and we guarantee that our gluten free crust only resembles pizza.

If you’re tired of knock off dough that doesn’t taste like much (and looks like even less in many cases,) come try out gluten-free dough at DeIorios. We promise that you, and your customers, will love it!